Must See Attractions on a Houston Vacation

It’s the question you ask yourself on every trip: what must I do to truly experience this place? In a city the size of Houston the places to visit, things to eat and sights to see are abundant. Nevertheless, we’ve put together a guide to some of the highlights that will help you make the most of your visit!

In the 1920s, Houston built a massive underground cistern on the banks of Buffalo Bayou just west of Downtown. The concrete structure was the city’s first real attempt to regulate its primary source of water. Years later, the cistern was replaced with a more modern water system and was left abandoned. But as part of renovations to Buffalo Bayou Park, the cistern was opened to the public for tours in 2016. The size of one-and-a-half football fields and supported by more than 200 concrete columns, the cistern is a sight to behold on half-hour guided tours held several days each week.

It’s reportedly the oldest, continuously active commercial building in the city that at one time housed a bakery and other businesses. But for decades it’s been the matriarch of downtown nightlife—La Carafe. This wine bar isn’t much on thrills or frills. But you will find a cozy spot lit by candlelight where cash is king and wine is ever-flowing.

During their storied lives, Dominique and John de Menil amassed one of the most valuable private art collections of the 20th Century. Having settled in Houston after fleeing Paris during World War II they would eventually create the Menil Collection to house and display their vast collection. Today, the serene Montrose campus includes the main museum building as well as galleries devoted to specific artists and installations. Don’t miss Dan Flavin’s colorful light installation at Richmond Hall. Other prominent museums worth visiting including the Houston Museum of Natural Science, Museum of Fine Arts Houston and the Contemporary Art Museum of Houston.

Curious about the LGBT history of Houston? Go have a drink at the Houston Eagle. Trust us here. The upstairs of this Montrose watering hole hosts the Phoenix Room where a lively, giant mural pays homage to the city’s original gay bar and a timeline of major milestones in local gay history extends the length of the bar. Did you know Houston was the first major city in the country to be led by a lesbian mayor? Annise Parker served from 2010 to 2016. 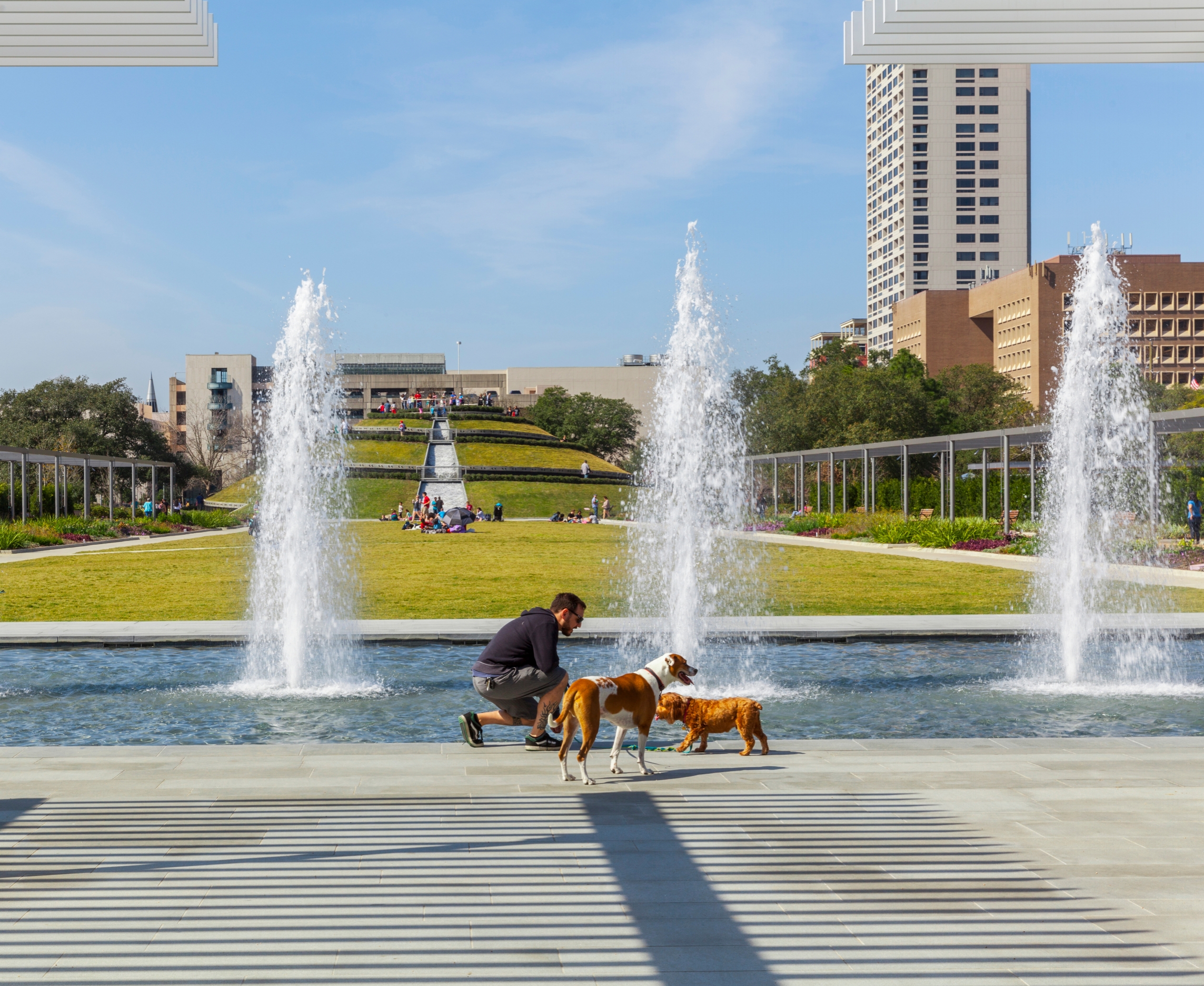 Centennial Gardens is a great place to get perspective on the city. From atop the mound at the head of the multi-acre garden, you’ll see across the Hermann Park campus and beyond to parts of the Texas Medical Center and even Uptown. The gardens were designed to showcase some of the flora native to Texas, from cacti and other desert plants to ornate roses. It’s the perfect place to enjoy a little outdoor time.

Segway Tours of Houston offers two-wheel excursions that provide an overview of Downtown, the graffiti murals of EaDo and other parts of the city. If you’re looking for an overview of the city and a bit of history, these tours led by experienced guides can’t be beat.

Looking for the perfect selfie spot that captures the funky attitude of Houston? Look no further than artist Gonzo247’s giant, colorful Houston is Inspired mural just off of historic Market Square Park. The much-beloved piece of art is one of the most photographed spots in the city, and with good reason. You can’t help but be inspired by its vibrant whimsy.